The Film Ambassadors’ Night is the Film Development Council of the Philippines’ major annual event that honors Filipino filmmakers, film workers, and film projects that have earned international accolades and awards in festivals and markets in world cinema in the previous year. During FAN, we also take the occasion to grant the Camera Obscura Awards, the highest honor granted by the FDCP to a filmmaker, film worker, a pillar of the film industry, or a film project. This is awarded to an individual or a film project that has breached records and blazed trails globally with their extraordinary achievements in performance or contribution to the international stature of Philippine Cinema. 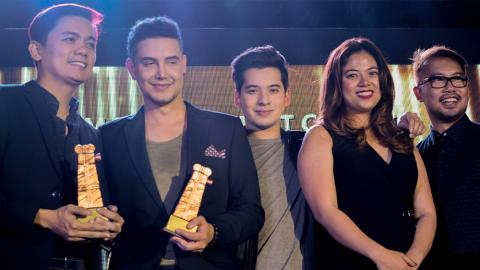 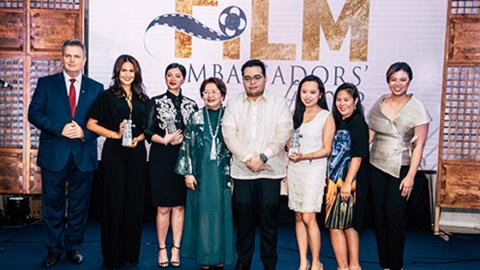 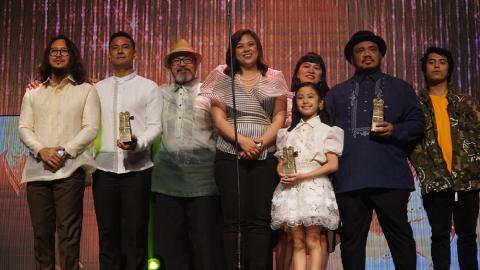 For their unparalleled success in 2021 in the international film festival scene, the Film Development Council of the Philippines (FDCP) will give the Camera Obscura Award for Artistic Excellence—FDCP’s highest citation—to Mr. John Arcilla and Director Erik Matti’s “On the Job: The Missing 8.”

At the 76th Venice International Film Festival (IFF) held in Italy, the sequel to Matti’s 2013 film “On The Job” made its world premiere in competition where John Arcilla won the highly coveted Volpi Cup for Best Actor, making him the first-ever Southeast Asian actor to win the prize.

Shortly after its premiere in Venice IFF, “On The Job: The Missing 8” became available for streaming worldwide following its acquisition by media giant HBO GO. The movie’s groundbreaking journey in content distribution, from cinema and international film festivals to international digital streaming, proves the caliber of Filipino content that goes beyond borders.

The Gabay ng Industriya Award pays tribute to our industry legends who’ve dedicated their active careers to the growth of Philippine cinema.

6. ANG PAGPAKALMA SA UNOS (TO CALM THE PIG INSIDE) by Joanna Vasquez Arong

7. IN PAGLAYAG A SULU STORY by Rhadem Morados

8. A THOUSAND CUTS by Ramona Diaz

2. WRITE ABOUT LOVE by Crisanto Aquino

For his exemplary work in promoting the welfare of artists and cultural workers by way of launching government programs from amelioration of their condition to their professional advancement in the cultural sphere.

For its exemplary work in providing a venue and platform for raising funds to support and ameliorate the urgent needs of the displaced film workers in the time of pandemic.

For its exemplary work in organizing the film workers and their respective guilds and organizations towards a unified commitment to confidently and safely continue to work during the time of the pandemic.

For his exemplary humanitarian work and commitment in supporting the livelihood of displaced film and audiovisual workers during these challenging times, and sharing his talent and influence for the good of the many.

For her exemplary humanitarian work that inspires all in the film industry and gives profound credence to all actors who share their talent and influence for the good of the many.

For serving as an exemplar in the field of cinematography and memorable decades of outstanding films that framed and brightened our cinematic heritage.

For serving as a veritable matriarch to the film industry and as a beacon of professional artistry and sublime inspiration to generations of film actors.

For his outstanding achievement in bridging the cinema continuum with the Philippines and the countries across the globe through working with international productions and creating impactful representations of our filming locations, Filipino artists and technicians, and Philippine Cinema in the eyes of the world.

For its multiple wins in local and international festivals and award-giving events, for its brave and insightful depictions of social issues in a highly relatable manner, furthering the stature of Philippine documentary cinema.

For his outstanding achievement in the conservation, documentation and archiving of our national film heritage, and the advancement of independent films and the Cinema of the Regions towards wider appreciation and viability, ushering in a new age of artistic diversity and cultural authenticity in cinema.

THE ATOM ARAULLO SPECIALS: NO LEFTOVERS

NO MAN LEFT BEHIND

Directed By Zig Dulay
Produced By Milagros Ong How

BLOOD HUNTERS RISE OF THE HYBRIDS

ALPHA: THE RIGHT TO KILL

For his four decades of excellent screenplays and numerous awards in Philippine Cinema, and his dedication and passion as screenwriter, playwright, author, professor and mentor, committed to nurturing the next generations of film screenwriters and filmmakers

For being the only Filipino director with two box office hits exceeding 800 million pesos each, with 23 films grossing a total of more than 6.13 billion pesos.

Palabas (A Country in Moving Pictures)

The One That Got Away

I-Witness: Behind The Banquet

Reel Time: Hawla (The Untold Story of the Village Monster)

Inside Marawi: A Report on 360 Video

No Man Is An Island

Best Documentary, Inside Out Film and Video Festival, Toronto, Canada

Gusto Kita with All My Hypothalamus

The Asian Star: Up Next Award
Variety and International Film Festival and Awards Macao, China

Alpha: The Right To Kill

For her continuing work in bridging the Philippines with the diverse filmmaking cultures in the world and giving opportunities to young and aspiring filmmakers, having been named “Producer of the Year” at the Asian Film Commissions Network and youngest awardee of the Asia Pacific Screen Awards (APSA) FIAPF Award.

The Hows Of Us

For making history in Philippine cinema by breaking the P800 million global box office record, making it the highest-grossing Filipino film to date and proving the competitive advantage of local films in the country

For leading the movement for independent cinema in the country and making major contributions in visual arts and film, having been awarded as National Artist for Film and honored with the Prince Claus Award in Amsterdam

DO I HAVE BOOBS NOW?

Tale of the Lost Boys

Women of the Weeping River

ACROSS THE CRESCENT MOON

MATANGTUBIG (Town in a Lake)

For setting a new box office record as the highest grossing, independently-produced film in the Philippines having earned P320 million in the box office.

For his outstanding work as a Producer,  reintroducing Philippine cinema to the global scene, paving the way for numerous films to be recognized in various prestigious international film festivals and for helping Philippine Cinema achieve its biggest break in the international scene since 2005

I Love You. Thank You.

For winning the highly coveted Palme d’or at the prestigious 69th Cannes Film Festival for the film “Ma’ Rosa”, directed by Brillante Mendoza, and for being the first Southeast Asian actress to achieve this honor

For his outstanding achievements as a multi-awarded film director who has been recognized by A-list film festivals such as Locarno and Cannes film festivals for creating motion pictures that ushered a new age of Philippine Cinema, and inspiring Filipino filmmakers to produce and create films that are worthy of recognition, locally and internationally