MANILA, PHILIPPINES, MARCH 14, 2022—Netflix, in coordination with the Film Development Council of the Philippines, will be holding a closed-door webinar on sustainable practices in the film and creative industry with the theme “Philippine Green Screen: Exploring Sustainability in the Creative Economy.” The event will be held online on March 16, 2022, and will be attended by the government, members of the local film industry, and the academe.

To provide their valuable insights and enrich the discussions are sustainability consultant and advisor Roser Canela-Mas, the International Manager of British Academy of Film and Television Arts (BAFTA) albert, who is behind the international strategy of BAFTA albert in helping the TV and film industries work their way towards environmental sustainability; Filipino film producer Armi Rae Cacanindin who has received funding for her feature films from highly competitive grants such as Aide aux Cinema du Monde, World Cinema Fund, Sundance Film Institute grant, IDFA, among others, for her projects including award-winning films Kun Maupay man it Panahon (Whether the Weather is Fine) and Aswang; and Mr. John Groch, Counselor for Public Affairs of the Embassy of the United States of America to the Philippines.

Department of Finance Assistant Secretary and Spokesperson, Atty. Paola Alvarez, will be giving the keynote address, anchoring on her experiences in handling  sustainable and climate finance, as well as disaster risk finance in the government agency. Filmmaker and producer Monster Jimenez will be facilitating the program.

The webinar aims to provide a platform to kickstart the conversation on sustainability and green film practices in the Philippines. The event will serve as a venue for our Filipino filmmakers to learn more about the current best practices in sustainable filmmaking while engaging with government, fellow filmmakers, and the academe in exploring possible avenues towards achieving sustainability goals in the Philippine context while identifying ways on how these can make way for an environment-friendly filmmaking in the country.

The Film Industry and Climate Change

Film as an important and influential medium has been at the forefront of efforts towards the forwarding of advocacies and spreading of awareness on important social issues including environment hazards and its effect on people, threats of climate change, destruction of ecological spaces, and the overexploitation of natural resources. To support efforts on sustainability, the local film industry can further explore how it can incorporate green practices in film production by educating peers, employees, and interns on the impact of consumption and waste in film sets.

According to the International Panel on Climate Change (IPCC), the United Nations body assigned to the assessment of climate change, human activities have increased the planet’s temperature and are on the course of reaching a global warming of 1.5 degrees celsius in the next twenty years. This poses a grave threat most especially to vulnerable populations who are most exposed to the impacts of climate change.

The Philippine geography–its archipelagic nature in the Pacific makes it one of the top countries at risk from global warming’s effects such as rising sea levels, extreme temperature, and stronger typhoons or long droughts posing threats to biodiversity and food security.

FDCP Chairperson Liza Dino expressed her excitement about the project, “This partnership with Netflix is a timely impetus to begin the conversation about sustainability in the film industry. Currently, there is a dearth in materials, resources, and policies that will institutionalize sustainable practices in the field of filmmaking and other creative industries. We have sustainability practices embedded within safe filming protocols practiced in production sets and other film events but we can definitely do more.”

“Creating a safe and economically sustainable film industry for Filipino film workers is at the core of the Agency’s goals. However, that requires a livable world so it is inevitable that we consciously do our part in taking care of our environment as well. The motion picture industry has to look at the bigger picture,” she added.

Speaking about the initiative, Ruben Hattari, Director of Public Policy for Southeast Asia at Netflix said that, “The problems facing our planet impact all of us, and that is why we have kicked off Philippine Green Screen: Exploring Sustainability in the Creative Economy to help us better understand what challenges we face in the country, and how the entertainment industry can help and get behind projects that are worth investing in our future. SEA Green Screen is a first step to understanding how Netflix, as a member of the entertainment industry, can play its part.”

On Sustainability in filmmaking

Sustainability refers to the “ability to meet the needs of people and their communities and organizations now and in the future.” Applying this to the environment issue, sustainability pertains to the managing and protecting of Earth’s natural resources, ecosystems, climate and atmosphere so that current and future generations’ needs to live a decent life can still be met.

In the film industry, meanwhile, sustainability discussions are geared towards the sharing of best practices by industry stakeholders focusing on the topic of environmental conservation including the reduction of pollution and waste. This endeavor may begin with activities that raise awareness on environmental sustainability across the creative economy.

Netflix and FDCP are inviting participants from government, film industry, and the academe to take part in the conversation by attending the webinar Philippine Green Screen: Exploring Sustainability in the Creative Economy to raise awareness on the priorities and goals for sustainable growth of the Philippines’ film industry and how this can complement and help kickstart green filmmaking, and the industry’s visibility on the global stage. 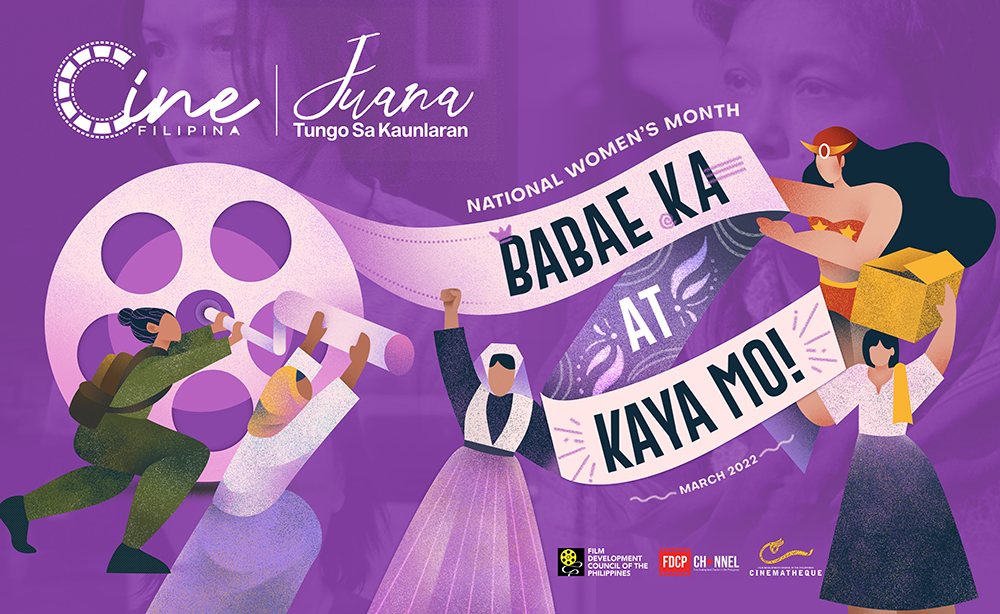