The Full Circle Lab Philippines (FCL PH) is a capacity-building program aimed at supporting Filipino and Southeast Asian filmmakers. Through organizing the various labs ranging from the stages of pre-production to post-production, the program enhances selected projects from around the globe, elevating a particular film to its highest potential and allowing it to reach international standards. Filmmakers from the Philippines and neighboring Brunei, Cambodia, East-Timor, Indonesia, Laos, Malaysia, Myanmar, Singapore, Thailand, and/or Vietnam are eligible and encouraged to apply to the Lab.

FCL PH started as a partnership in 2019 with the First Cut Lab Philippines between the FDCP in collaboration with Tatino Films' Matthieu Darras, current director of Full Circle Lab and former Artistic Director of the internationally renowned Torino Film Lab.

FCL PH aims to make the Philippines a creative hub for filmmaking in the Southeast Asian region. With this, the tailor-made Full Circle Lab Philippines opens up its program to discover unique stories from all of Southeast Asia and to encompass the different voices within the region.

Follow Full Circle Lab Philippines on social media to get the latest updates: 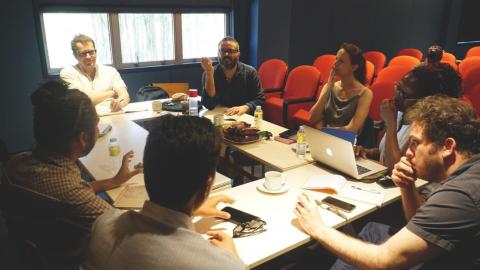 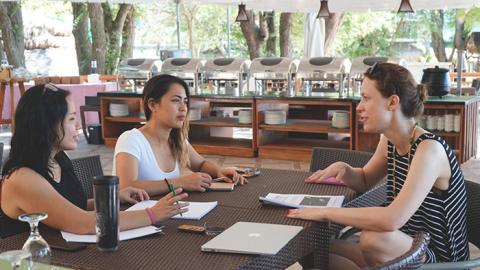 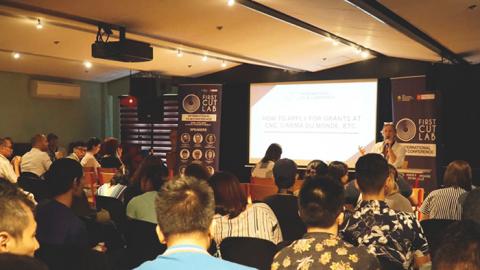 Through organizing the various labs ranging from the stages of pre-production to post-production, the program enhances selected projects and participants from around the globe, elevating their films and talents to their highest potential and allowing them to reach international standards.

Filmmakers from the Philippines and neighboring Brunei, Cambodia, East-Timor, Indonesia, Laos, Malaysia, Myanmar, Singapore, Thailand, and Vietnam are eligible and encouraged to submit their films for consideration in the program’s four separate film labs. So far more than 100 film professionals and 48 film projects (32 in development and 16 in post-production) have moved through the lab.

For this year’s edition of the Full Circle Lab, the labs are as follows:

For the 2022 edition, the FDCP and Tatino Films will continue to provide opportunities for the filmmakers and producers to further develop and elevate their projects by launching Full Circle Lab Philippines with two (2) sessions spanned over a 5-month period: one on-site residential workshop in April and one online follow-up session in September

Full Circle Lab Philippines is made of 4 Labs that will directly benefit 15 projects and 11 talents, with no less than 10 mentors involved. The Lab takes place onsite on April 26-30, 2022 and online for the follow-up session in September.

The Fiction Lab is the central lab of the whole scheme, as it directly aims at answering one of the most common needs of any film industry, that is making it possible for original & competitive film projects to come to life.

This Lab shall constitute a creative framework, and target the core creative team of a film project: the scriptwriter, the director, and the producer. It consists mainly of script and production consultancies, with different techniques & processes.

The Fiction Lab welcomes twelve (12) projects at various stages of development: from early-stage to pre-production with formats ranging from feature films, series, or animation. This is made possible with a reinforced mentorship: one script consultant & one production consultant per group of 4 projects.

By providing a creative framework of exchanges that is simultaneously safe and challenging, First Cut Lab aims at enhancing the artistic achievement of the films, and at the same time at fostering their potential of international circulation.

The First Cut Lab welcomes three (3) projects in the editing stage where participants receive expert advice from editor consultants and industry advisors chosen according to the specific needs of each film.

Once the workshop is over, the participants receive a memo report that can serve as guidance for further editing. Moreover, the online follow-up session will not take place in September, but around 6 weeks after the workshop (mid-June) when the project would need it the most in order to receive feedback on a new version of the cut.

The Creative Producers Lab is an essential tool to develop the whole ecosystem of a given film industry. Indeed, the role of a creative producer is key to enhancing the production value of the films.

This lab would be hybrid with two mentors present onsite and some guest speakers who would be participating online.

The Story Editing Lab answers an important need, which is to train film professionals capable of accompanying authors & directors in the creative process – primarily at the script development stage.

These film professionals can be aspiring script consultants, but they can also be scriptwriters, heads of development in production companies, or commissioning editors of broadcasters as well. They should be able to be sparring partners for the authors, able to design and conduct a script & project development path, but also to intervene at the editing stage.

All requirements must be submitted in separate PDF documents.

Application form can be downloaded via this link: (FCLPH2022 Application Form)

For Fiction Lab, the stage of development of each project may vary.

For the First Cut Lab, the film’s producer, director, and editor must attend the whole duration of the Editing Lab.

For Creative Producers Lab, applicants shall be producers who with or without production companies attached are equally welcomed.

For the Story Editing Lab, applicants shall be aspiring script consultants, scriptwriters, heads of development in production companies, or commissioning editors of broadcasters.